RAMLAB getting ready to open doors

Those who have visited the Innovation Dock at RDM Rotterdam, know that this enormous hall radiates a vibrant atmosphere with many things going on and hundreds of breathtaking port-related gadgets being experimented with. But these days the excitement is even bigger than ever. With only one week to go before the opening of RAMLAB, final preparations are being done on a brand-new welding machine for additive manufacturing. “With its impressive size it will be able to ‘3D print’ metal objects of 2 by 2 by 2 meters with ease,” says RAMLAB managing director Vincent Wegener.

First lab in the world
“It’s quite unique in the world to have such a system,” Wegener explains as he walks around it. “We are probably the first and most ambitious lab in the world when it comes to large size additive manufacturing.” The machine is still partly covered in plastic wrap, to protect it during transport and installation. It comprises two big manipulators that can move an object in multiple directions while it is being welded by what is without a doubt the eye-catcher of the machine: a red robotic welding arm, attached to an assembly line which makes it highly manoeuvrable.

Efficient technology
The machine is based on a technology called Wire Arc Additive Manufacturing (WAAM), which is at present the most suitable technology for the production of large metal parts. It uses an electric arc as its heat source and steel wire as feedstock; it has various technical advantages and is much cheaper and less time-consuming, as it makes use of ready-made steel objects to be printed on. Wegener: “This means that, when a propeller is made for example, the welding machine doesn’t have to print the core of the object first, but only has to weld the blades. That saves a lot of time.”

Multiple objects at once
It is quite special to be able to get a view of the machine out in the open, stripped of any protection. Once in use, it will be covered by light blocking blinds and topped off with an exhaust system. “Those are scheduled to be delivered later this week”, Wegener says. “Just like the feedstock, which will be supplied from a big barrel containing 250 kilograms of steel wire.” The printer will be able to work on multiple objects at the same time. Apart from the wire stock, it will also make use of shielding gas, to shield the process from contaminants in the air. And of course there is the software, which translates code into instructions for the welding robot.

Rotterdam mentality
The machinery is installed by RAMLAB partner Valk Welding, a specialist when it comes to developing and delivering robotic welding systems. The company has also provided RAMLAB with a slightly smaller system, which has already been in use for 3 months. Valk Welding is not the only company supplying hardware to RAMLAB, which makes this field lab so special, according to Wegener. “Everybody is working together on this. And that’s the true power of RAMLAB: we don’t waste time talking, but we are working hard to get things done. It’s the Rotterdam ‘can do’ mentality. And that’s what will ultimately make RAMLAB a success!” 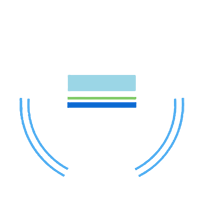